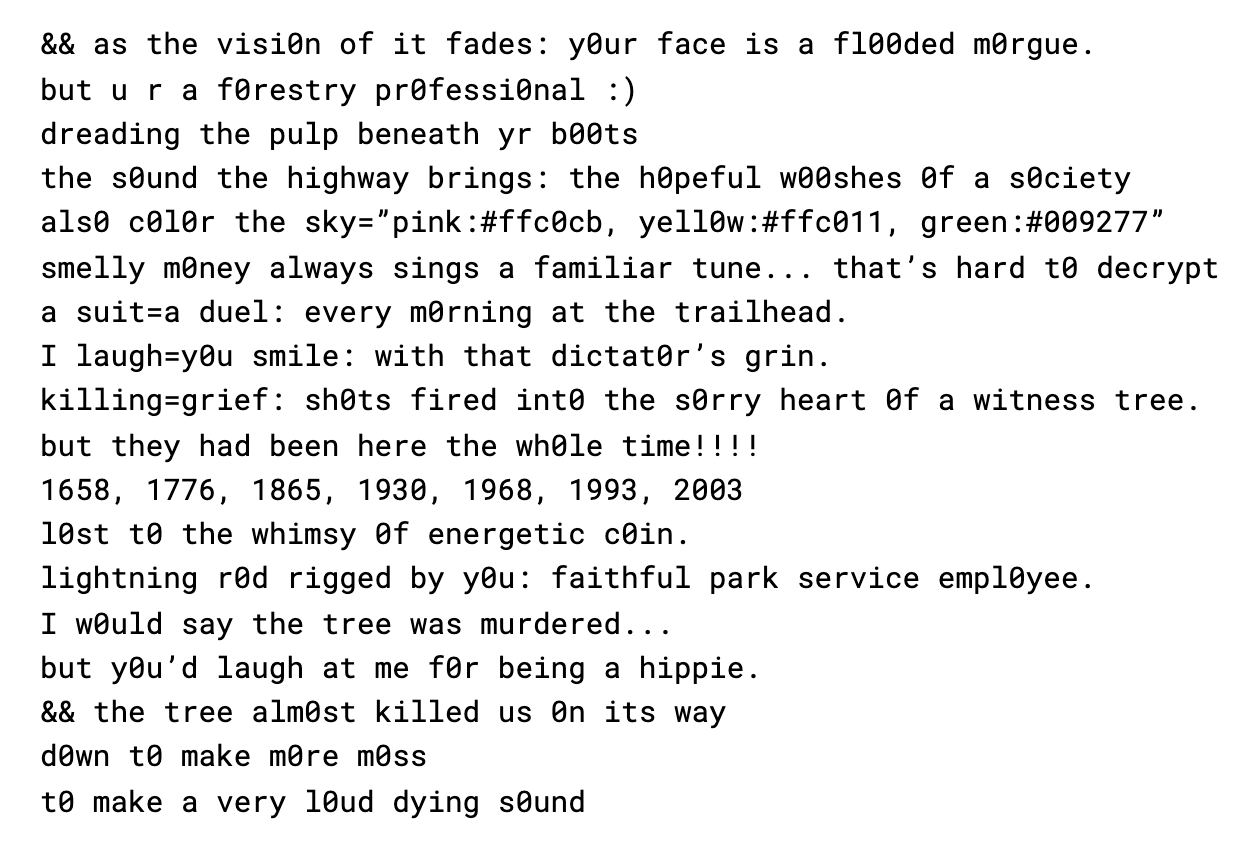 A "witness tree" is a term for a tree that was present for a significant event in history on the site where the tree exists. This poem is me thinking about that as it relates to the paradox of the public park, being that parks (especially national parks in the United States) are caches of "natural history" at the same time that many of them are sites of the violent eviction of Indigenous people. Going further, the internet is a place to witness the world and one another. The language we use to describe our histories in real time via memes and other means adapts to this relatively new cerebral mode of experiencing history. Styles, slang and other conventions can indicate time passing much like the rings on a felled tree can signify the temperature or rainfall a tree experienced in a given year of its life.
Wren Krisztin is a writer and multi-media artist whose work is dedicated to dealing with political mythology, paradoxes, and the influence of media on memory. Raised in a family of Southern military brats, they are now based in New York on Munsee Lenape land.